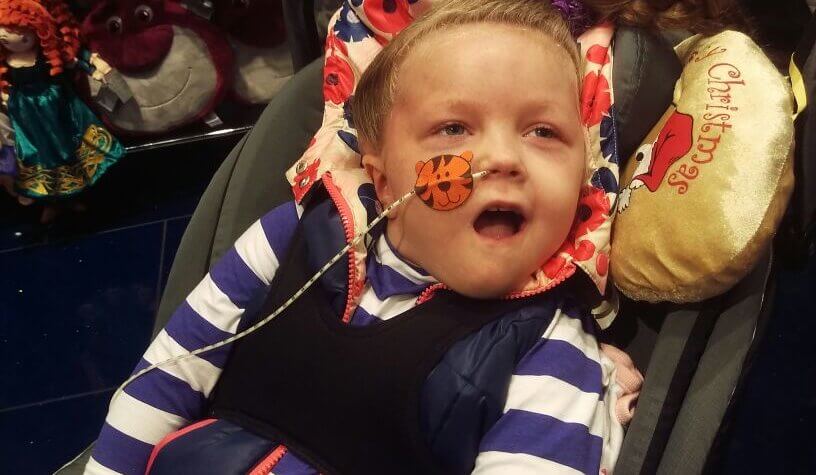 “On 21st July 2010 a little angel was born, my granddaughter, Tehyah.   Seemingly healthy, our little princess Tehyah went through life being a gorgeous, cheeky little madam! 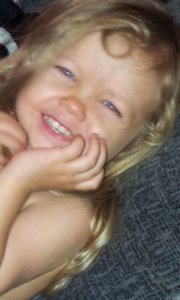 On the 11th March 2014 Tehyah went skipping off to nursery laughing. However, at dinner time we had a call to say she was unwell and we should come and collect her.  The next morning, my daughter Sam, Tehyah’s Mum, phoned me as she thought Tehyah had suffered a stroke.  I just didn’t think this was possible as Tehyah was only 3.  I rushed round to my daughter’s house and Sam was right, Tehyah certainly looked like she had suffered a stroke.   She was rushed to A&E at Oldham Royal Hospital.  They checked her and said it looked like Bell’s Palsy and sent her home with a course of steroids.  After four days Tehyah became so sick that Sam took her to A&E again.  She was monitored and she spent a few weeks in Oldham Royal. Scans showed nothing and the consultants did not think there was anything seriously wrong.  Soon after that they were ready to discharge Tehyah but decided to send her to Manchester Children’s Hospital first for a full MRI scan, just to make sure.

Tehyah was transferred in an ambulance and a full MRI scan was carried out revealing that Tehyah had suffered multiple strokes which had damaged her brain, that the blood vessels to her brain were not all connected, that her vessels in her neck were narrowing and that she had an enlarged heart and kidney problems.  Our family were told that our little princess needed an operation or she would die – even with the operation she may still not make it.  The hospital were baffled by what was happening

and so needed to contact surgeons all over the world to give Tehyah a chance.  Amazingly at this point Tehyah was still running around, eating, drinking, speaking and playing. Tehyah was taken to theatre on the 11th April 2014.  She went through ten and half hours of life saving brain surgery. Tehyah woke from this surgery asking for water and she was then transferred to a different ward where she was able to eat, laugh and talk.  Eight days later, her condition began to deteriorate and another scan showed brain swelling and fluid on the brain. That night, she was rushed to theatre again to have a drain put in her brain.  Three hours later, she was back into theatre as the fluid was building up so much.  They removed a part of her skull to allow for the swelling.  She was then taken into intensive care, put into an induced coma and on a ventilator for weeks. During this time, expecting the worst, we baptised her.  Tehyah fought very hard and eventually she was slowly brought out of the coma and was breathing on her own.  At this point we discovered that despite it being on her records that she was seriously allergic to antibiotics, whilst in theatre Tehyah was given a dose of antibiotics that sent her into anaphylactic shock but the surgeons managed to save her.  Yet again, after the surgery when she was in intensive care, Tehyah was incorrectly given antibiotics and had to be resusitated.

This resulted in serious brain damage and from this day she never talked, walked or ate again.  We were told that she would have no quality of life.  On 26th June 2014,  Tehyah was given two weeks to live and we took her home.  She is still here nearly four years later, thank God!  Tehyah now communicates by smiling and laughing and makes sounds when you talk to her and to let you know she’s there.  She also attends a very complex needs school called Kingfisher which is amazing and she loves every minute in the school.  She has 24 hour round the clock care and is loved by everyone who meets her.

Genetic tests were carried our about a year after Tehyah was discharged from hospital to try and find out what caused all of this to happen.  They have now diagnosed her with one of the rarest conditions in the world GACI, Generalised Arterial Calcification in Infancy, which is a life limiting, cruel, horrible condition.  It results in the abnormal accumulation of the mineral calcium (calcification) in the walls of the blood vessels that carry blood from the heart.  We had Tehyahs older sister Aaliyah and younger brother Dantay tested who at the time were aged 6 years and 4 years.  We were absolutely heartbroken and shocked to find out that Dantay has exactly the same condition as Tehyah and that Aaliyah is a carrier of the condition.  Dantay is on a medication now to try and prevent the calcification spreading and has regular scans and tests to monitor the progression of the condition. 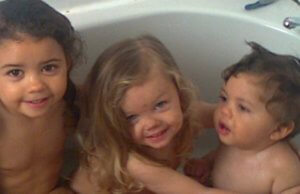 We are devastated and heartbroken at what has happened to our family and I cannot believe what my daughter, her partner and their beautiful children have gone through and what they will have to face in the years to come. Life has never been the same since that day in March 2014 and will never be the same again, to have known Tehyah from the minute she was born until everything about her was taken away is just unbearable.  Family life is difficult as it’s not easy to get out and about now due to all the equipment needed to even go to the cinema, shops, anywhere is a struggle.  Tehyah cannot be left unattended not even for a minute, she is doubly incontinent, tube fed, ventilated, on a huge amount of medication and cannot move on her own.

However, we have been lucky to have amazing people around us who have helped us fundraise for the vital equipment that she needs and we have had some incredible support from charities, there are so many people who help and care.  We are truly grateful to The Sandcastle Trust for trying to help make life a little more bearable – they provided us with a lovely day out to visit Santa at Chester Zoo this year and we are all looking forward to the very much needed family short break away they have arranged at Brick Farm Cottages next year.” 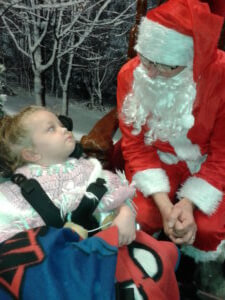 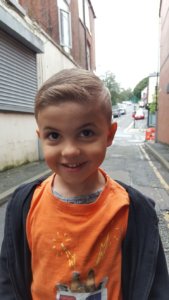 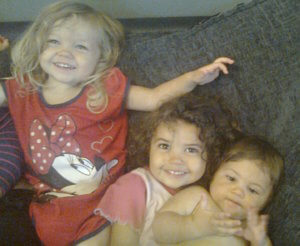 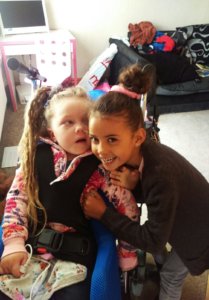