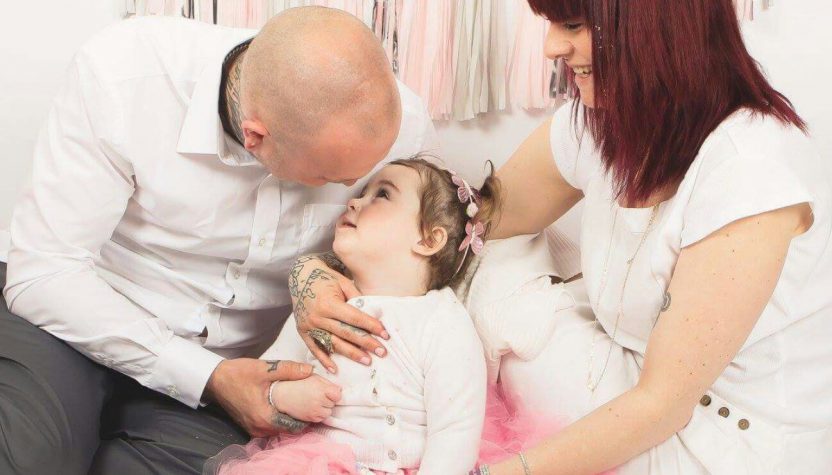 “Growing up I never wanted a career all I wanted was to be a mummy.

I met my partner Peter in 2010, I was 25 Peter 28 and we decided to start a family. Unfortunately I suffered two missed miscarriages before becoming pregnant again.  I had another scare at 8 weeks but an emergency scan revealed a lovely heartbeat!  I absolutely loved being pregnant.

We found out we were having a girl and we knew from then she would be called Isla-Rose. 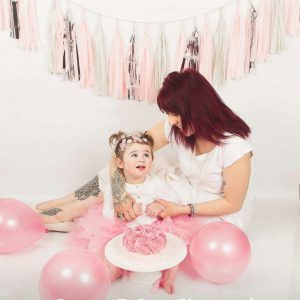 The first few weeks were spent holding her and watching her for hours. I didn’t get bored of it. Daddy would go to work and come home to find us still cuddled on the sofa.  She was growing into a little character and made me laugh every day.

24th August 2014 was a normal summer’s day. Isla was 4 ½ months old.  I was getting Isla ready to go out but when I picked her up I noticed she was twitching down her left side, it looked like a trapped nerve so I tried moving her arm.  It wouldn’t move.  Her face then started dropping.  ‘She’s having a stroke’ I said to my friend.  I rang 999 and explained what was happening.  I started sobbing, my friend said ‘don’t cry Rachael you must be strong for Isla she needs her Mummy to be strong’.

We were blue lighted to hospital and spent five hours in resus while the doctors tried to work out what was happening.

Daddy was on his way, when he arrived and saw his 4 month old baby hooked up to machines with IV lines everywhere he broke.

They managed to stop the twitching and we spent a few days in hospital. Isla recovered and was back to her cheeky self.  We were told it was a febrile convulsion.  We went home relieved it was all over.

Two weeks later we were out for dinner with family. Isla went quiet and then the twitch appeared. It then took her whole left side.  She struggled to breathe.  We rang 999 again and spent another night battling in resus to get her back.  Her heart rate would hit 200, her oxygen dropped to 80s. They resuscitated her and in the end put her into a coma.  We knew then something wasn’t right and more needed to be done.

Isla spent 48 hours on life support but recovered within a day! She shocked us all but still we had no answers as to why.  All her tests came back normal.

When we got home we kept an eye on her but it happened again six weeks later. This was to be our story – every six weeks or less Isla would go into a status seizure.  Her shortest seizure being 40 minutes her longest, hours!

In total Isla has been on life support four times and blue lighted to hospital seventeen times. I’ve learnt how to resuscitate her and give her emergency medication.  Isla was put on three epilepsy medications with no effect.  We have to travel everywhere with oxygen. 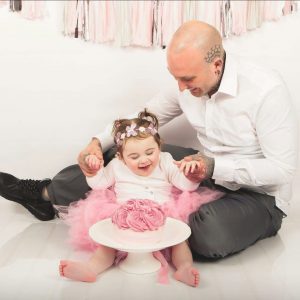 Then in January 2015 we were told that Isla has Dravet Syndrome. A rare genetic epilepsy that affects 1 in 40,000.  We looked up the condition on the internet where it was described as ‘a catastrophic epilepsy’.  We read that children lose their abilities as they grow older and many don’t survive the long, dangerous seizures the syndrome causes.

We were devastated, it wasn’t meant to be like this. We had battled hard to get her and now she was given this life. I felt she deserved more from this world.

On the surface Isla looked like any normal child but when Dravet hit, it hit hard. I learnt quickly to be organised and to know all the answers that the doctors needed from me in times of emergencies.

We had nearly made it through the first year of Dravet, which is apparently the most dangerous. But then, in July 2015, I was at a friend’s house and Isla was playing with her little friend, laughing.  I noticed a change in Islas tone.  I shouted at my friend to grab the oxygen.

The seizure came with such force I struggled to keep her alive. The ambulance was on its way but I knew I needed to save her myself.  I kept Isla alive for 40 minutes while I waited for the ambulance. The medicines were given and now my job was to keep her breathing.  I lost count of how many times I got Isla breathing again that evening.  We lay on my friend’s living room floor while doing lifesaving treatment.

When we arrived in resus they took one look at her and put her straight into coma. Strangely I thought ‘phew she’s safe now’.  I just need her to wake tomorrow and start the recovery as we had done so many times before.  But she didn’t wake, she wouldn’t come off the breathing machines. They did brain scans to see if any lack of oxygen had given her brain damage.

Isla spent two weeks on life support but when she came around she wasn’t the little girl I knew. She behaved like she was blind and had all over body spasms, they did another brain scan.  This time the brain had time to react, they told us she had brain damage.  Not from the lack of oxygen but from trauma caused by the intense seizures.  They had no other answers for us.  They didn’t know what her quality of life would be or if she would survive.

Six weeks in total we spent in The Evelina Hospital.

When we got home our lives had changed. Isla couldn’t see, talk, eat or support herself in any way. She would have muscle spasms that would send her screaming in pain.  I was heartbroken and lost.  I didn’t know what to do to make things better for her and she couldn’t tell me.  We cried for days, weeks and to be honest I still do now, at random times and never in front of Isla.  Another mummy said to me ‘you must grieve for the child you lost, and then celebrate the child you have now’.

I must say that took me a very long time. I missed Isla terribly I couldn’t look at photos before the brain damage and if I did I would say ‘mummy misses you so much’.

My heart was full of guilt, guilt for missing my funny energetic Isla.  Many children don’t survive what Isla went through and the doctors were surprised she did.  I should be grateful for that. But I just couldn’t help it.  I missed her terribly. The first year of brain damage has been hard. I’ve fallen in love with my new Isla but still miss the old Isla very much.

Me and my partner struggled at different times. We held each other up when one would break and I’m thankful we are making it through this together.

We have had another little girl who is now 3 months old, Betsy. We were tested before having her and given the all clear.  Isla’s Dravet was a spelling mistake in her genes.  Such a tiny thing caused devastation in our world.  I wish Isla had a better life and didn’t have to fight to survive.  However this is what is happening so we have promised to make the most of every day.  We lose children with Dravet nearly every month.

Another Dravet mum who recently lost her little boy to SUDEP (sudden unexpected death in epilepsy) said to me ‘it’s the quality of life that’s important not the quantity’.

That’s what we go forward with. Each day is precious with our Isla and I plan to waste no days.

Thanks to The Sandcastle Trust Isla met Santa this year surrounded by all her family.”