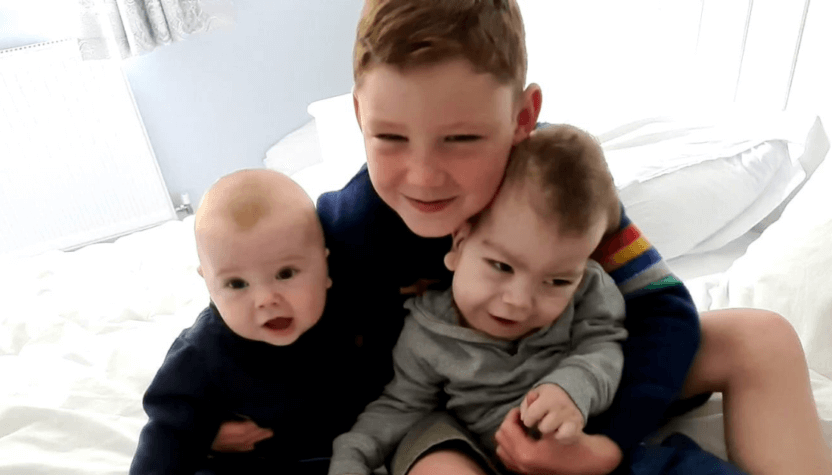 Sophie Byrne’s favourite picture of her sons shows them splashing around happily in a pool in Devon.

Her middle son Reuben’s eyes gaze up at his older sibling, Harry, a look of pure happiness and brotherly love is captured on his face. 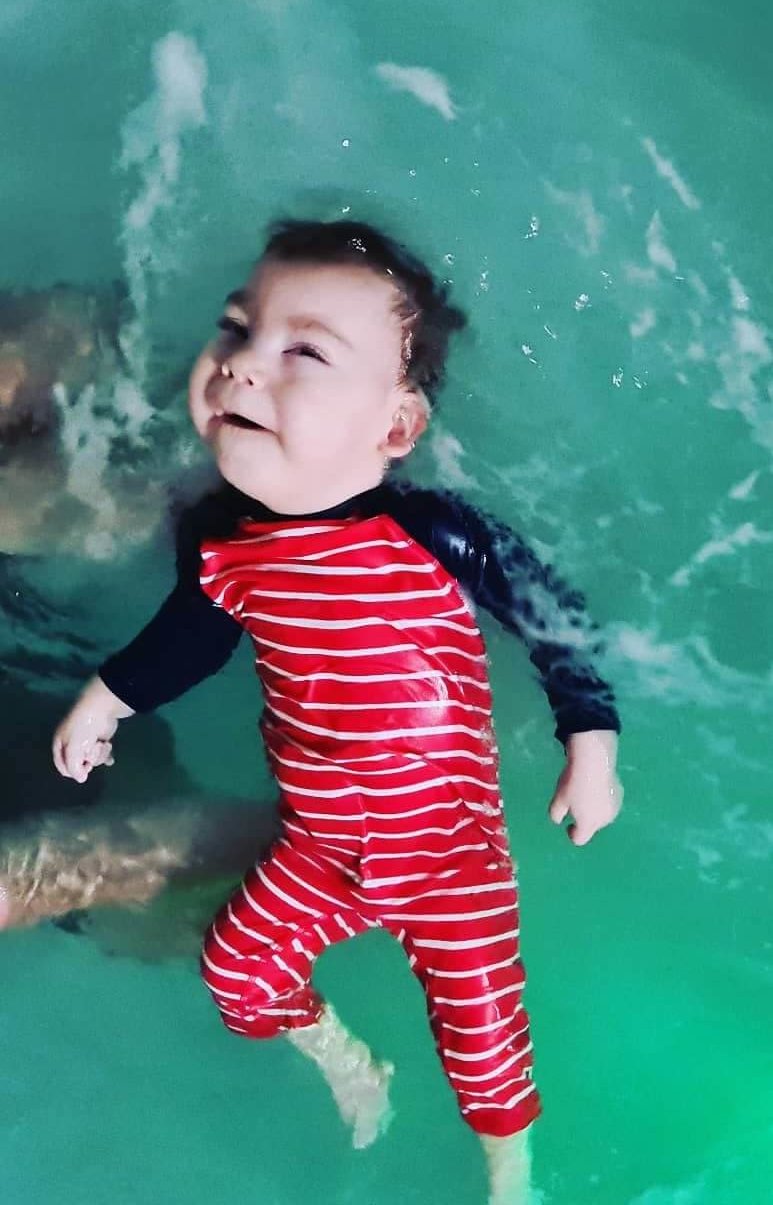 For Sophie this image is even more precious because four months after the joyful picture was taken, Reuben passed away.

“We feel so lucky to have had that time away with him as a family. All our favourite photos of Reuben looking happy are from that holiday.

“He absolutely loved the pool and came alive when he was in there.”

She adds: “Reuben had his own little character, when you got a smile or laugh out of him we felt as much joy as you would if a child had taken their first steps or ridden a bike. If he was having a cuddle he’d look up to you, he’d lock on to your face with his eyes momentarily and give you the biggest smile.”

Sophie and her husband Sean, 35, an army officer, had experienced loss before. Their first child Olivia was born in 2012 but died from the same genetic condition as Reuben at just eight months old.

Sophie, from Larkhill, Wiltshire, says: “Doctors told us lighting doesn’t strike twice but they didn’t know Olivia’s condition back then.

“Harry was born in 2014 and was fine. On the day Reuben was born they told us lightning had struck twice he had the same thing. Just three weeks later they discovered the faulty gene that had caused both children’s disabilities and told us both Sean and I were carriers.

“There was a one in 25 million chance of that happening and only 20 known children with the same faulty gene. I remember them saying most babies born with the condition don’t live past their first year.”

When Sophie and Sean realised Rueben’s life would be short, like Olivia’s, they decided to have another baby, another sibling for Harry because losing his beloved brother would be so devastating for their older son. Felix was born healthy in 2021, after tests in the womb showed he did not have the gene.

Sophie says: “When we approached the Sandcastle Trust we knew our three boys might not have long together. The organisers said they would be able to arrange an autumn half term break but when we explained Reuben might not live that long, they pulled out all the stops to sort a holiday cottage in August, 2021.  I will always be grateful for that.”

The family spent an idyllic week at the cottage in Devon. 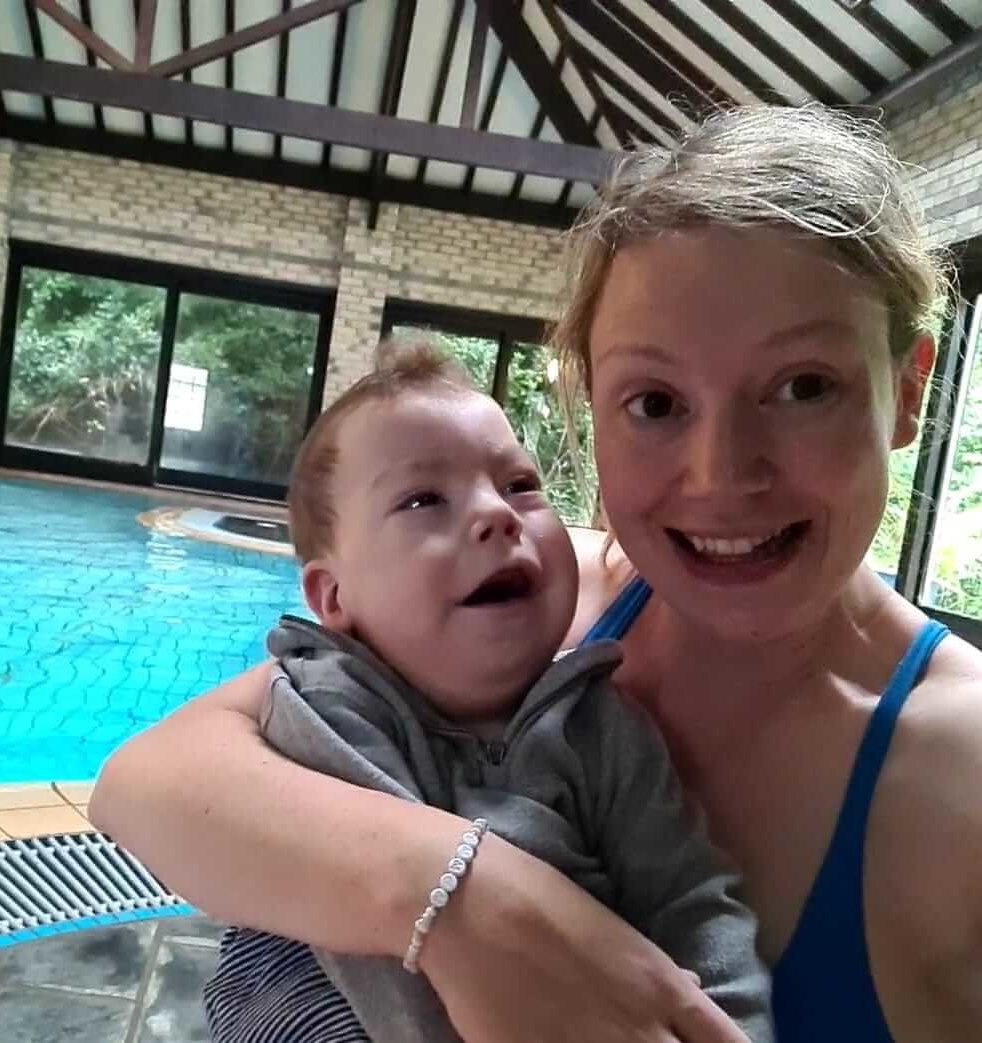 Sophie says: “It was just perfect, the dream holiday in the UK. The house felt like a mansion and was set in an acre of land, it was so quiet and peaceful, perfect for Reuben.

“You could book the shared pool so we had it to ourselves. Reuben had only been in the water once or twice before at his children’s hospice. He was so happy in there, kicking his legs. He loved the swing too.

“Felix had his first swim and Harry had loads of space to ride his bike and could go to the beach with Sean.”

Harry took it upon himself to swim a mile around the pool to raise money on behalf of Reuben.  “The love he has for Rueben is so strong.”

Looking back, Sophie says: “The life Reuben had was lovely, everything he experienced, everything he did, particularly our holiday in Devon, were special. He was an absolute joy, we learned so much from him.

“Holding someone’s hand would make him happy. Something that simple is overlooked. He made us appreciate the real basics. He would cry if you put him down because that cuddle meant so much to him. And he would speak through his breathing, it would become faster paced if he was happy.

“Having Olivia and Reuben makes all of us appreciate life so much.”