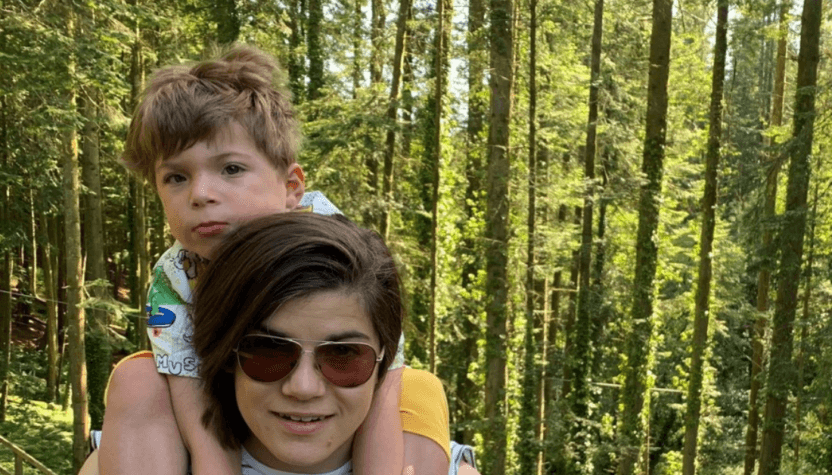 Little Freddie Skinner didn’t have a voice until he was two.

When he was just five weeks old doctors cut into his windpipe and inserted a tube, to help him breathe. While the procedure gave him life, it took away his ability to speak.

Mum Laura says: “When he had the tube removed two years later, Freddie could suddenly vocalise. It was the first time we heard him properly, apart from his very early cooing and crying. I remember him making that first noise – an excited squeal. Then, because he realised he could do it, he did it more and more. To hear him giggle was such a joy.

“We took him to a restaurant near the hospital for lunch and he was so loud squealing away happily. We both cried with happiness.”

Freddie’s giggle and squeal were heard in full effect when Laura, her wife Emma, and their son, now three, visited Bluestone National Park Resort in Wales, in July, courtesy of the Sandcastle Trust.

Laura, 29, from Norfolk, said: “We took Freddie swimming for the first time. He went crazy, Cooing, squealing and kicking his legs.

“We went to a nearby theme park where we discovered Freddie is an adrenaline junkie. He loved the big pirate swing, the sensation of it.

“It was a perfect holiday because it was our first break for just the three of us, without carers. We didn’t have the stress of appointments. It was so simple and enjoyable and we really saw Freddie’s confidence and his personality coming out.” 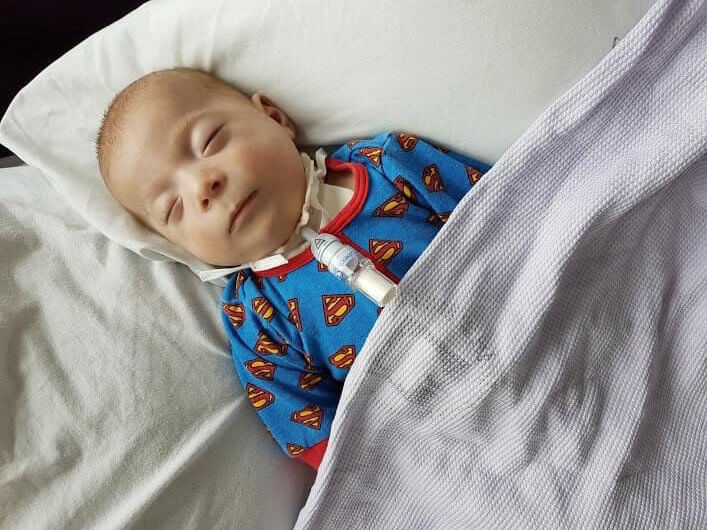 Freddie was born to Laura, a medical student, and Emma, 31, a support worker, at Norfolk and Norwich University Hospital in December 2017.

Laura recalls: “It was a normal pregnancy but straight away he struggled to breathe. He was rushed to the neonatal intensive care unit. They said he had “dysmorphic features” and that he probably had Down’s syndrome. The doctors gave us leaflets about Down’s. But a few days later blood tests ruled that out.

“While we were in hospital he struggled to breathe a couple of times but never when staff were around. When we raised it, it felt like staff thought we were being over-anxious.

“Freddie was our first child, we left hospital thinking that was normal. I remember sitting in a cafe, Freddie went blue and I said to my friends, don’t worry he does this all the time.”

But the breathing episodes became longer and more frequent. Emma and Laura took Freddie in and out of hospital insisting he was going blue and floppy and struggling to breathe but he never did it in front of medics.

Freddie’s health visitor was the first professional to take the couple seriously. She insisted their son was seen in the hospital.

Laura says: “They did a sleep study and counted that he had 1200 apnoeas – where his breathing would temporarily stop – in one night. You could see his muscles were trying to make him breathe but no air was going in. He would turn blue and appear limp. Then finally his airway would open and he’d take a big gasp.

“Although it was horrific to hear how many episodes he was having, it was reassuring that medics realised we had been right all along.”

Freddie was transferred by specialist ambulance to Great Ormond Street Hospital for Children (GOSH) in London. It was there that doctors decided on the tracheostomy.

“We were not keen,” says Laura. “But they explained his life depended on it.”

Freddie, still only weeks old, stayed in intensive care with Laura staying in parents’ accommodation. Emma travelled to and from Norwich. 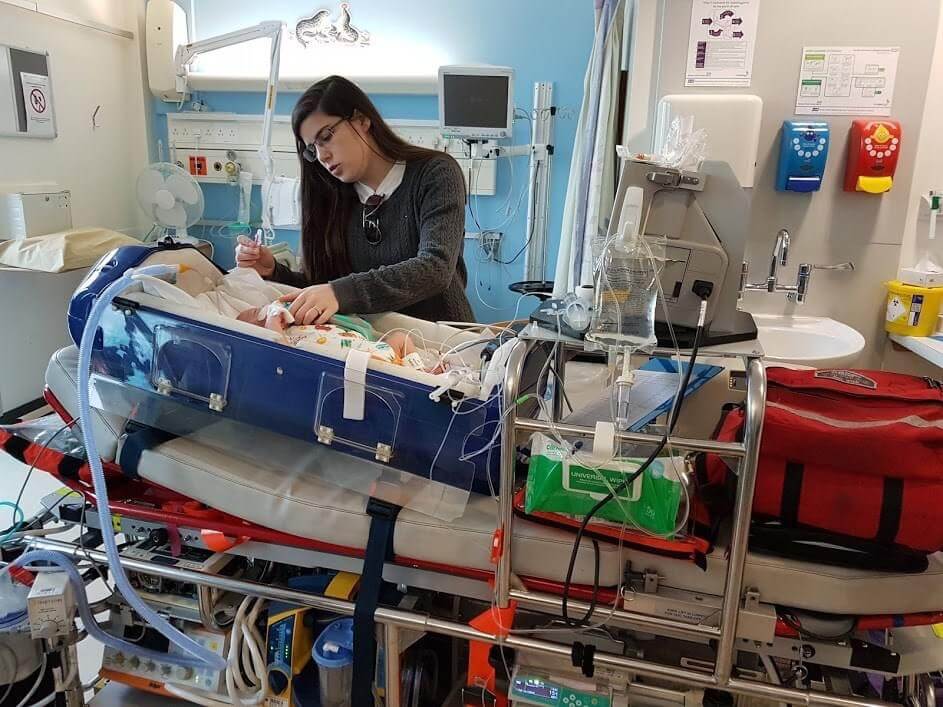 The couple were trained in managing the tubing in Freddie’s airway and were told they would have to have carers at home to help.

They were also given a diagnosis for Freddie. He had a rare chromosome deletion. It meant he would have global development delay and physical disabilities.

“I am training to be a doctor, I knew the severity of what they were saying.

“It’s not what you imagine when you have a baby,” Laura says. “It made building a relationship with Freddie harder. Because you have to watch your baby being held down and having blood taken you disconnect to protect yourself.

“It took a while for me to feel like a mum rather than a professional.”

She adds: “We had a fabulous nurse at GOSH, Jo. We owe her everything, she told us not to treat Freddie differently just because he had a trach. She came with us out of the hospital to prove the point.”

After a few weeks back in Norfolk hospital waiting for a package of care to be arranged, Freddie and his mums went home.

Laura says: “We got to know him again. He is hilarious, really smiley and fond of people. He has a big heart and loves to mimic people.

Laura noticed the Sandcastle Trust on Facebook and applied for a break. “They were absolutely lovely. You get such personal attention and nothing is too much trouble. “The Bluestone holiday came at just the right time. With Freddie’s tracheostomy removed and the carers gone we could be a real family, just make memories and revel in the sound of his giggles.”