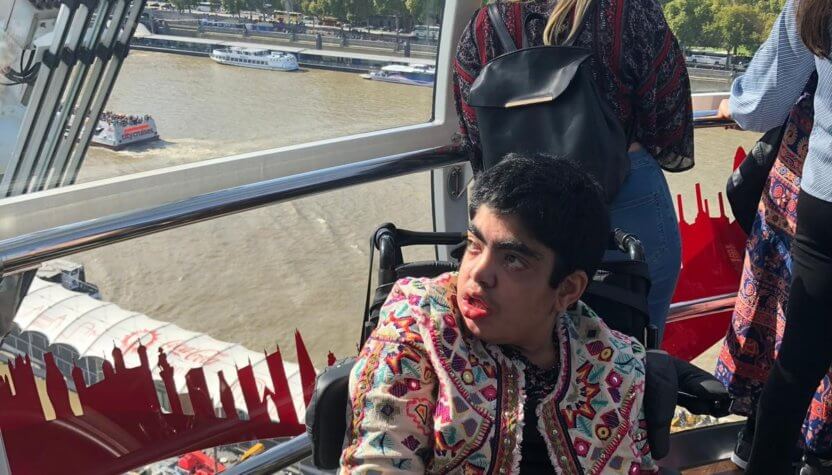 Sannah Fayyaz was 24 when she first visited London on a trip her family will never forget.

Sannah, from Burnley, Lancs, has San Fillipo disease which, over 14 years, has slowly robbed this vibrant young woman of her abilities.

But mum Feeraz says her daughter loves the hustle and bustle of cities and is a real foodie, so a trip to the capital was a dream come true for them and dad Muhammad and sister, Ummul, 20.

Feeraz, 49, a care manager, says: “Ummul had been to London and thought it would be great trip for 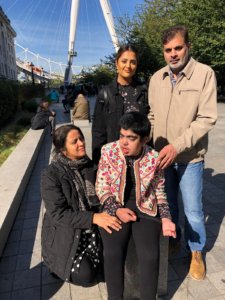 Sannah. But Sannah has to have two people caring for her at any one time and is a wheelchair user. To take the family and a carer to London would have been really expensive.

“Sorting out wheelchair accessibility and travel around London would mean lots of organising.

“The Sandcastle Trust took all that worry off of us.

“We felt they really understood Sannah’s needs and what would work for her. They were so enthusiastic about suggesting things too.

“We went on the London Eye and on a cruise of the River Thames. Sannah got to have a picture with her favourite Bollywood star, Salman Khan at Madam Tussaud’s.

“The hotel was perfect and we didn’t have to keep explaining our needs, everyone just got it.

“The fact the Sandcastle Trust organises breaks for families of adults as well as children is really important. You don’t stop caring when your child reaches 18.

“The trip was something we will always remember away from the chaos of everyday life, a chance to really be a family.”

At three years old Sannah was like any other child.

Feeraz recalls: “When she was three she could count to 20. She could sing nursery rhymes and was potty trained.

“We thought she had asthma and would attend a clinic for that. At a check-up when Sannah was three her doctor noticed her tummy was larger than usual and she had a glue ear and snotty nose. He did some tests. Three months later we went back to the asthma clinic to be told she had the degenerative genetic disorder San Fillipo.”

She now has profound mental and physical difficulties. But Feeraz describes her as “a very happy young lady.

She says: We don’t like to think Sannah is defined by San Fillipo, every child is different.

“She loves her food, she will try anything. We always have to puree it so we take a machine with us everywhere.

“She loves going to Manchester and looking at clothes in the Trafford Centre. She enjoys having her nails painted and her hair done, which her carers do for her when they are at our house. She loves music too, it’s always blaring away.

“I imagine if Sannah didn’t have San Fillipo, Ummul and her would be out and about together and I would never see them. Sannah loves going out but she always has to come home. This trip enabled them to explore London together.”

Feeraz concludes: “Everything in my life revolves around Sannah. I just want to make sure she is happy, comfortable and safe and she can do all the things she wants to do.