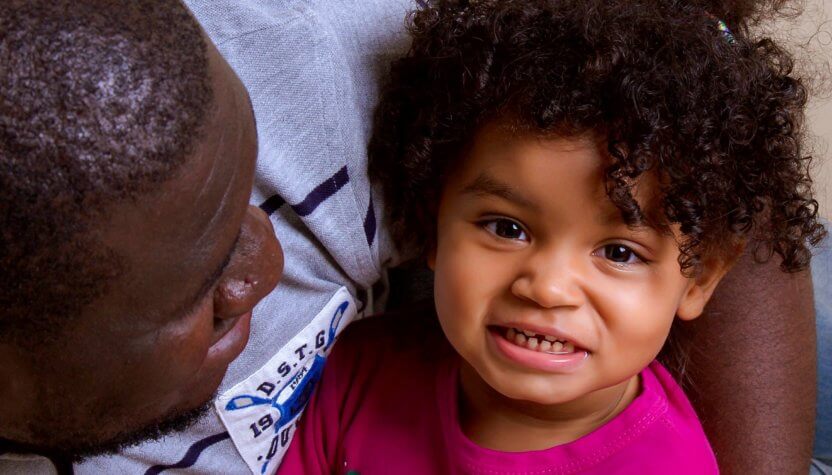 “When Elisia was born in April 2015 as far as we knew it she was ‘normal’, weighing a healthy 8lb 8oz.  She passed all her new-born screening tests and was absolutely gorgeous.

We joined the standard classes and groups making mummy and baby friends at each one.  Everything was lovely for the first few months.  Then when Elisia was between four and six months a few things started playing on my mind and I wondered why she was not doing as well as the other babies.  Everyone kept telling me: ‘all babies are different’,  ‘she will get there in the end’ ‘all babies learn at different rates’ etc.

When she reached about seven months old things became more difficult.  Taking her to classes and groups became a struggle. Simple questions from other mums upset me, even the standard opening question ‘how old is she?’ made me anxious. I would think they were asking because they had noticed how little she could do.   The list of things she should be able to do but couldn’t was now getting long: rolling, sitting unaided or crawling.  So, I went to the GP who agreed a referral to a paediatrician was needed.

We had to wait until she was nine months old to get a date for this appointment, so we enjoyed our first Christmas together as a family of three and carried on as usual.  We also attended a lot of Elisia’s friend’s first birthday parties.  This was difficult – they were all walking or at least standing and walking with a parent whereas we were getting excited as Elisia had just mastered a roll!

When we saw the paediatrician and told him the milestones Elisia had not yet met, he referred us straight away for tests.   Bloods were taken that day and an MRI scan booked for the following month.  That was such a scary and long day at the hospital for a little girl but she handled it so well.  She is a placid and content person.

All Elisia’s tests and MRI scan came back negative.  The paediatrician told us he was waiting on the genetics team to get back to him.  Everything sounded fine, we made a big sigh of relief.  Elisia then had her first birthday in April.  She had two parties and we had a little holiday in Butlins – our first family holiday.  She couldn’t go on most of the rides but we had a nice time, Elisia absolutely loved the pool. 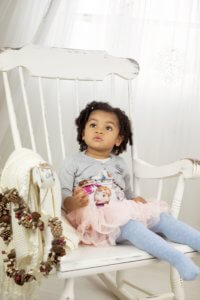 When Elisia was thirteen months old we went back to the paediatrician and were given the devastating news that Elisia had a rare chromosome disorder, 5q14.3 deletion.  What even is that?!  Even the doctor appeared to know practically nothing and couldn’t tell us much about how our little girl would be affected as he hadn’t come across it before.  He downloaded the 5Q14.3 deletion leaflet produced by the charity Unique which explained the condition and then sent us on our way feeling frightened and bewildered.

Reading the leaflet I was in flood of tears… ‘may not walk till much older if at all, may never talk, prone to autism, epilepsy, hypotonia etc’

I was numb.  I tried my hardest not to get too upset or stressed because at this point I was five months pregnant with our second child.  I knew I needed to be strong for my unborn child and also be there for my little girl who that same day had further blood tests along with Mummy and Daddy to see if one of us had the same chromosome deletion and had passed this to her.  We later found out that it was a ‘de novo’ chromosome deletion which means there was no family history of this genetic change and it appeared in Elisia for the first time.

We went to see the genetics team in Winchester a few months later.  We had high hopes that at this appointment someone would finally be able to answer our many questions. However, we were handed the same Unique leaflet that we had been given at the paediatrician appointment!  We were told that Elisia seemed to be doing quite well (compared to many of her 5q14.3 deletion peers), she was strong so clearly did not have hypotonia which is one of the most common symptoms with her deletion.  We did however find out that within her 5q14.3 deletion she was missing an entire gene – MEF2C. We later found out this is a commanding gene and explained many things. She seemed to show more similar traits with people who had an issue with MEF2C rather than just a 5q14.3 deletion.

We then found the MEF2C group on Facebook and I can honestly say I feel like I am now part of a global family. This group is small group – 273 members, so I feel like I know many people quite well. We support each other, pick each other up and no matter the time of day (if Elisia is not sleeping at 2:00am or we are in hospital and I cannot sleep for instance), one of the other group members on an opposite time zone e.g. Australia or America will talk to me, support me and cheer me up.

When Elisia was seventeen months old, her baby brother was born.  As I had to have a c-section, for the 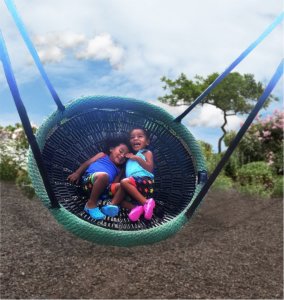 first twelve weeks we had visitors every day and we had lots of support. Then followed some of the loneliest and darkest days of my life. It was winter and I struggled to leave the house with both babies as I couldn’t carry them at the same time. The visitors became few and far between and the days were long and hard.  Then the second birthday invites started to roll in. I felt pleased that Elisia was still being included but also extremely anxious about the fact that she was VERY different to her peers now.  She was still a ‘baby’ and they were all clearly ‘toddlers’ running around, jumping, laughing etc, whereas Elisia could not even stand or crawl.

When Elisia was a little under two years old her little brother started crawling at just 5 months old.  It hit me hard that her little brother had overtaken her developmentally.  Elisia had been trying all year to master crawling and he picked it up in a few days. I was honestly depressed but I also felt incredibly guilty that I couldn’t be happy for my son as I was grieving for Elisia.  It seemed to come so easy to him with very little effort. Why is life so unfair? to make some children work so hard for what many people take for granted.  However, with each passing milestone my son achieved, for instance walking at just 9 months I found it got easier and I could be happy for him.  I may never hear my daughter say she loves me and that is the hardest thing with all this. I can cope (well possibly my back can’t) with the physical side of this. But if she never talks, that I think will slowly break my heart.

At 2 ½ years old she got a place at a fantastic special needs nursery attached to a school. She also has lots of equipment now like a stander, a supportive chair and a walker. Most of her specialists now see her at nursery, so our hospital visits have decreased considerably. I know some people do, but I didn’t consider mainstream for long at all. For now, this is the best place for her. Whether this will change I am not sure. Within three months at the nursery she was doing well and started crawling!  It’s about a year since then and I still stop whatever I am doing to watch her crawl as I am still overwhelmed and emotional to see it.

I often get the comment ‘well, at least she is so beautiful’ well, yes, she is and it isn’t always easy to identify her disability straight away, especially if she is sat down. Because of this I am continually explaining that she has additional needs when people give her something to hold and she doesn’t reach out for it or they try to talk to her and she looks the other way for example. It is also uncomfortable when she bites her hand, grinds her teeth, stims or jerks. People don’t know how to handle this. Even people close to us often laugh it off, stare at her or say something inappropriate.  I don’t want people to walk on egg shells around us but do wish people thought more before speaking and filter whether that comment or action could be deemed upsetting.

Elisia continues to amaze me all the time. She can almost now stand unaided and is trying so hard to pull to stand up. She loves music and water.  I often wish I had an easier life. But if that meant giving her up (or indeed giving up on her) I soon stop wishing that. I am blessed to be given my daughter. She is unique, loving and so very special. She puts a smile of my face every day.

We are very grateful to have received support from various wonderful charities and I wish we had found some of them earlier on our journey.

The Sandcastle Trust is an amazing charity.  It is a small one but they make such a difference to the families they support.  We really appreciated the family day out to see Santa at 4 Kingdoms Adventure Park and Farm that they awarded us through their Sandcastle Santa scheme.  The whole family had a lovely day out and the grotto  had amazing lights and music which Elisia loves.  Christmas is such an expensive time of year, especially when special needs items cost so much more than ‘normal’ presents so we really appreciated being awarded a family day out to see Santa – Thank you to The Sandcastle Trust!