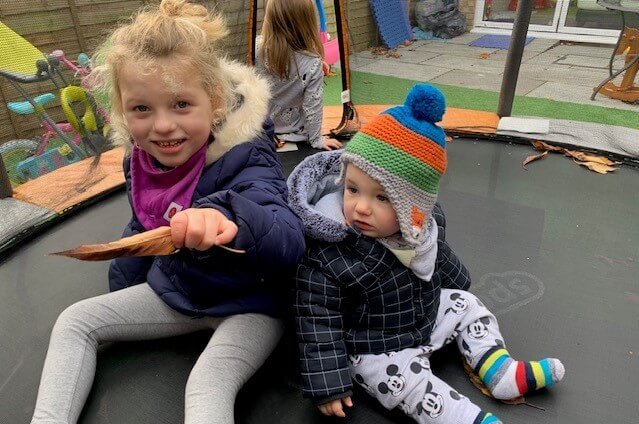 Ruby is 5 and has Angelman Syndrome. Ruby has a little sister called Lily and a little brother called Toby. 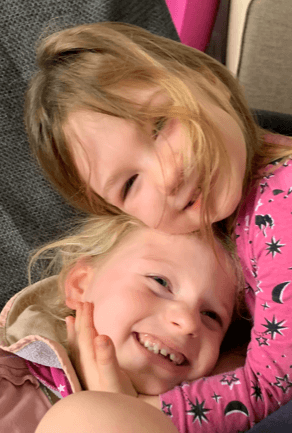 Ruby’s mum Felicity described Ruby as being “full of fun and mischief and she gives THE best cuddles and smiles.” Ruby had a difficult birth in that she wasn’t breathing, had suspected sepsis and spent her first week in intensive care.”

Felicity, recalls. “From 4 months old we knew something wasn’t quite ‘right’ with Ruby’s development.  She wasn’t holding items like other babies her age, she would also turn to her side and make spasm movements, which we now know were seizures.  Alongside this Ruby wasn’t meeting any other milestones such as sitting, babbling, crawling and walking.”

Felicity says: “I remember sitting with my other mum friends and their babies (we are all still very close now) and crying inside because I wanted my baby to be doing what the others were and knowing something was actually seriously wrong. Part of me didn’t want to admit it but deep down I knew something was seriously wrong.”

It wasn’t until Ruby was 2 years old that Ruby’s paediatrician agreed to commence genetic testing and Ruby was diagnosed with Angelman Syndrome.  Felicity explains: “Part of us felt absolute relief that finally we had a diagnosis. The other half couldn’t believe how serious Ruby’s disability would be.  We now knew she would never speak, have extremely poor mobility, suffer seizures for many years and would require life-long care. Having to get our heads around this took considerable time.”

“As so many children with special needs Ruby surprises us every day,” Felicity explains. “Ruby is toilet training and is beginning to tell us when she needs a wee by patting herself. She can now walk with constant supervision and with lots of medication Ruby’s seizures are under some control.”  Felicity adds: “Above all this Ruby is so happy and makes everyone around her smile and want to be better people. She also gives the best hugs in the world!”

The Sandcastle Trust gifted Ruby an iPad and specialist communication software under the Sandcastle Memory At Home category of support.

Felicity says: “Now, thanks to the Sandcastle Trust, Ruby is beginning to use a communication aid to tell us how she is feeling, her likes and dislikes and make choices with her food.”  Felicity adds: “This will give Ruby a better quality of life and allow her to learn how to communicate with her parents, siblings and teachers.

We cannot thank the Sandcastle Trust enough for giving Ruby this opportunity to have a voice and learn how to communicate with others.  It means so very much. Thank you!”