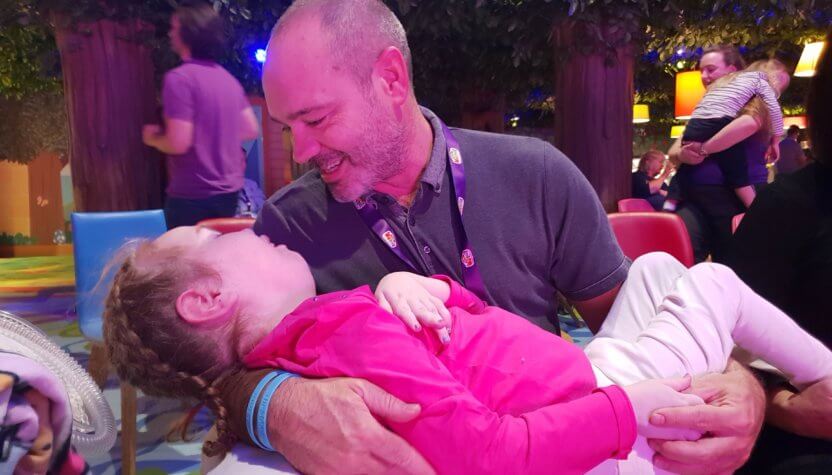 Both twins were diagnosed with the disease before turning six-months-old. Babies with it usually die within two years, often as a result of serious breathing difficulties, but smiley seven-year-old Kennedy has astounded doctors with her fight for life. 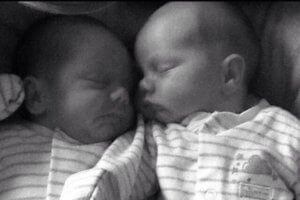 SMA Type 1 is a neuromuscular disorder which causes severe muscle weakness and progressive loss of movement. Babies with it are usually unable to sit upright unsupported or lift their head. They are prone to chest infections and have difficulty swallowing. All muscles are affected including the heart and lungs. Intelligence isn’t affected and babies are often bright, alert and responsive.

Karter and Kennedy were born premature in September 2012 after mum Jeannette, was diagnosed with preeclampsia. “The twins were well fought for, it was our eighth round of privately-funded IVF,” explains dad Paul, an HR executive from Grays, Essex.

“Other than arriving a little premature, everything was going well. Karter was two months old when I noticed he was crying through his feed and struggling to swallow. I noticed he hadn’t moved his legs in some time. We didn’t think for a minute he had a life-threatening illness but we wanted to get him checked so we took him to our local hospital in Basildon. He was given lots of tests and we paid privately for him to have an MRI scan in London. Everything came back clear.”

Doctors ordered one final test to check the nerve endings in Karter’s spine and it was then he was diagnosed with SMA Type 1.

“We were told, subject to blood tests, that doctors were 99 per cent certain he had SMA Type 1,” Paul explains. “They said there was nothing they could do for him and it was unlikely he’d make his first birthday. It was a life-changing moment. You start grieving right then when you are told your baby will die, even though he is still there, looking at you, smiling at you. You grieve for things you now know will never happen, such as seeing him kick a football, swim in the sea or run around the garden. I’d never heard of it before, I knew nothing at all about SMA.”

SMA is a recessive genetic disorder, meaning both parents must carry a faulty copy of the SMN1 gene for it to occur. If both parents are carriers – and research suggests one in 40 of us are – there is a one in four chance in each pregnancy that the baby will be born with SMA.  Most people do not know they are a carrier until they have a child with the condition.

“We asked whether Kennedy might also have it and we were told that it was a possibility but the odds were in our favour,” Paul says. “She had a 25 per cent chance, the same as her brother. Kennedy’s blood tests were carried out in November 2012 but we asked not to be given the results until after Christmas. A few days afterwards, a local consultant turned up at our front door with a family liaison officer. We knew instantly she must have it, she was only four months old.”

The twins’ parents decided they’d give their children the best lives they possibly could – no matter how short. “We could sit at home crying and wondering why this happened to us,” Paul says. “Or we could do our best to give them the best quality of life we could.”

“He was in bed with me and I woke up about 2am to do his feed but he was cold and unresponsive,” Paul says. “I tried to resuscitate him. An ambulance arrived and paramedics took over, but we couldn’t get him breathing. I made a promise to him that night that we would ensure Kennedy had the best life possible. For a lot of people, it’s about keeping their child alive as long as possible but over time we realised that was not the be all and end all. We focus on making memories for her and making sure she has a brilliant life. 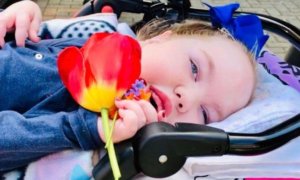 “I started doing more research and I flew to the US to meet one of the world’s leading specialists on palliative care for children with SMA. We had a challenge to get her the treatment we wanted but we pushed for her to have a drug called Spinraza. She started getting it when she was five and it’s made a huge difference to her life. If Karter had been given it at birth, he’d still be here now. It hasn’t been approved for all types of the disease, so we are lucky she got the drug. If it is given to newborns, SMA Type 1 isn’t necessarily seen as a terminal illness any more.

“With Kennedy, it has helped her to speak. She can sing songs. She loves Let It Go from Frozen. She has been able to express herself much better and it’s made her far more independent. She can draw, paint, go to school, go on days out and drive her own powered wheelchair.”

Kennedy is doing extremely well. She is home-schooled and goes into a local mainstream school on an ad hoc basis. “It is difficult to go regularly as there are so many bugs around and a simple cold could be life-threatening,” Paul explains.

Day to day, Kennedy’s parents ensure her airways are kept clear, which involves using a suction device every hour during the day. At night, she breathes through a ventilator. Kennedy is unable to eat or drink and all food is administered via a peg in her tummy. This allows food to go directly to her stomach, bypassing the most and throat.

She has regular checks at London’s Great Ormond Street Hospital, where she goes for her Spinraza medication, as well as weekly sessions with a physiotherapist.

Mum Jeannette gave up her job after the twins were diagnosed and is now Kennedy’s main carer. Paul works from home so he too can care for his daughter. 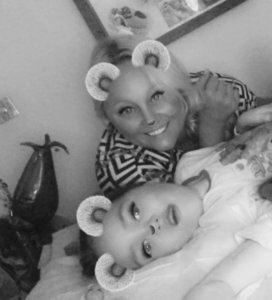 “After what happened with Karter, we decided to always keep her close to us,” he says. “She sleeps in bed with one of us. We don’t have any night care, but we take it in shifts so one of us is always by her side. Her brain works normally so sometimes she wakes in the night and wants to turn, but she can’t manage it. One of us has to physically turn her.”

“Most children of her age with SMA need a ventilator to help them breathe at all times, so Kennedy is very rare,” he explains. “When she is awake she can breathe by herself. On the whole she is doing very well.”

“She will never be able to walk, she’ll never sit up independently and she can’t play with her friends in a traditional sense. But she is one of the happiest children on the planet. She loves Disney and dressing up, she has every Princess outfit you could think of. She loves Barbie and playing with dolls just like many other little girls. She is at her best when she is surrounded by children her own age. She loves spending time outside in the garden, she loves swimming.

“We want to create as many memories as we can for Kennedy. She’s flown over 15 times, she’s been to Disneyland, she has swam with dolphins, fed giraffes, she’s been to the cinema and theatre. We want to give her as much independence as possible.”

The family have been supported by The Sandcastle Trust.

“The charity recently arranged for us to stay in the Cbeebies Hotel at Alton Towers which Kennedy loved,” Paul says. “She loved all the rides and meeting her favourite characters from the telly. The Sandcastle Trust do fantastic work with adults and children to try and create lasting memories.”

In 2016, Paul and Jeannette had a second daughter Marli, now aged three, after having pre-implantation genetic diagnosis (PGD) at Guy’s Hospital in London. This is a type of IVF which meant doctors were able to rule out the possibility of their baby having SMA Type 1.

“The doctors had to take DNA from all the family but the doctors could tell us with 99 per cent certainty before putting the embryo back in whether it was going to be SMA positive, an SMA carrier or have no SMA at all. We know Marli is a carrier, but we knew before she was born that she wouldn’t have the disease. The two sisters are as close as they come. The love they have for each other is second to none.”

Jeanette also has three elder children from a previous relationship, Courtney, 22, Kelsey, 18 – a regular on The Only Way Is Essex – and Bill, aged 19.

“We are not your average family but we are a very happy one,” Paul says. “Of course, I have spells when I 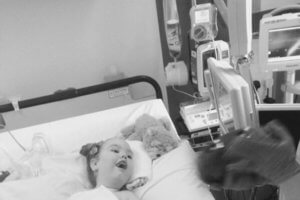 worry about the future. Most parents who look after a child with a rare genetic condition sometimes worry about what tomorrow might bring, especially if you are dealing with a condition where the life expectancy is two years or less. We know we could lose her at any time.

“We try not to think too far ahead any more, we live in the present. We try to make sure that every day is the best it could have been. I look in the mirror every night and question whether I have done the best for her that day. I feel blessed to have Kennedy. I may have saved her life many times but she has also saved me. My life is completely different now. I don’t worry about financial rewards, eating in nice restaurants or buying nice clothes. What matters to me is seeing my daughter happy.  Of course, life can be hard sometimes, but I wouldn’t change her for the world.”