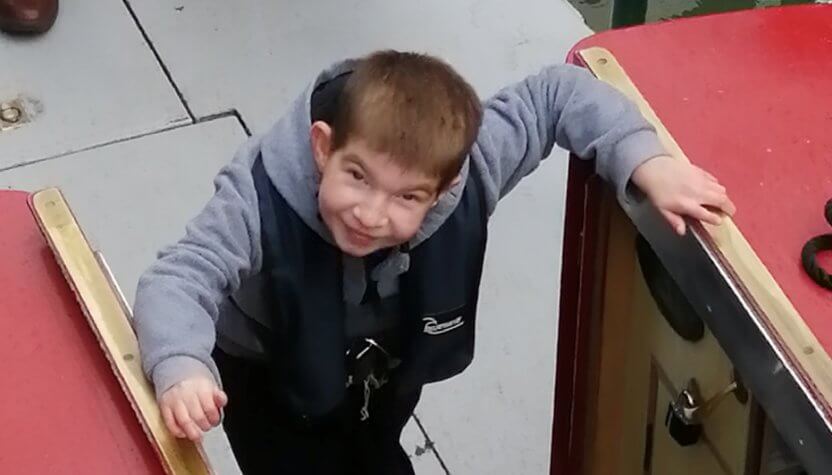 Little Oscar points at a picture of a canal boat at his aunt’s house and says: “Me! Me!”

The young boy with profound disabilities had the holiday of lifetime on a canal trip thanks to The Sandcastle Trust and despite his limited vocabulary, he talks about it whenever he can.

Oscar’s dad Justin, 44, from Ipswich, says: “The canal trip was an absolutely wonderful few days, such a memorable holiday.

“Oscar was able to feed the ducks as we went along. He could point at the scenery. 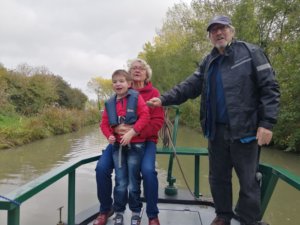 He helped drive the boat and moor up, all of which was great for his self esteem and language development and great for us to have something we could all do as a family.”

Oscar was born with 49 4-XXXXY syndrome and was diagnosed shortly after his birth. Symptoms of this extremely rare genetic condition include global development delay, Oscar finds eating hard and has low muscle tone. Aged seven he also has hyper mobility which means he has a permanent elbow dislocation. He also suffers from poor kidney function.

But Justin says Oscar is a real character in spite of his many disabilities. “He is cheeky and very engaging.

“Despite his inability to communicate he will draw a crowd. He uses a lot of facial expression and body language to entertain people. He will want to share everything. He will drag strangers off the floor to dance if we’re at a festival, usually older ladies.

“He absolutely loves music it has always been a soother for him. Music is the constant that stops any emotional outbursts.”

Justin, a youth justice practitioner and Oscar’s mum Kirsty at times find it hard to arrange holidays that cater for the whole family.

Justin says: “None of us want to sit somewhere on holiday, we like to be moving. So the canal trip was ideal. We thought Oscar would like the scenery going past and we could stay warm. 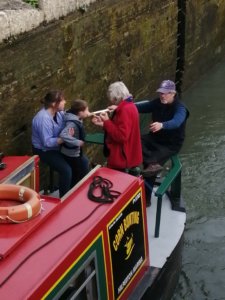 “We applied for a short break award from The Sandcastle Trust and got it.

Until now the family have been fairly limited in where they take Oscar.

Justin says: “When he was smaller, he had a couple of bouts of pneumonia. We still worry about infection but we have antibiotics stored at home.

“Oscar was peg fed for six years because he wouldn’t eat. He never felt hungry. But he needs lots of calories because his low muscle tone means it takes a lot of energy to move.

“This trip was really important to us as a family. One of the best things was it increased Oscar’s vocabulary. On his talk pad communication device he now has the words “canal” and “lock” and “jump” – as in on and off.

“You can see how much he treasures the memories.” 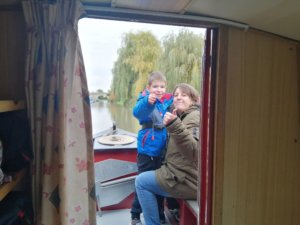