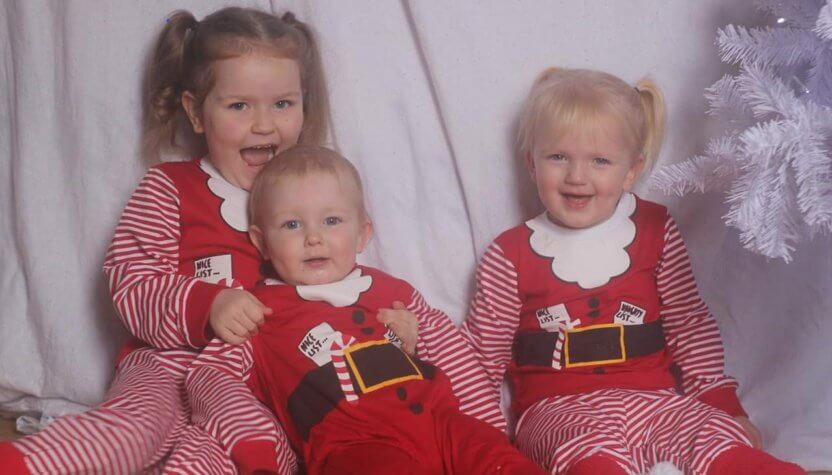 “My daughter Evana is 3 ½ and it’s her birthday soon as she likes to tell us, a lot!

When she was a baby Evana was late meeting all her developmental milestones. She didn’t roll (she still can’t roll now), didn’t smile until 12 weeks, didn’t sit until 11 months and didn’t crawl until 13 months.  When Evana was 17 months old she still couldn’t weight bear.  After months of having my concerns dismissed and being told by heath visitors that she would catch up with her peers in her own time, I took her to the GP who immediately referred her to a paediatrician.

Evana had a series of x-rays and blood tests, all of which came back normal, so she was then sent for genetic testing. This genetic test told us that Evana has a 15q11.2 microdeletion, a rare chromosome disorder.  It was subsequently discovered through further testing that I also have the same microdeletion as Evana, which was completely unexpected as I have never experienced any symptoms as a result of it.

Evana’s chromosome disorder causes her to have Global Developmental Delay – her speech and understanding are delayed, sensory issues, hypermobility and her paediatrician thinks she could possibly be autistic.  Evana took her first steps around her second birthday but still uses a special needs buggy to get around as she is very prone to falls.  She experiences a lot of pain, mostly in her knees and feet which also means she wakes multiple times in the night.  Evana can also become very frustrated at times which causes her to lash out, hitting and biting.

However, this long list of issues and things she cannot do isn’t the whole picture – Evana is the happiest little girl I have ever met, always smiling and laughing!

We first heard of The Sandcastle Trust through a friend in 2017.  We applied to their annual Sandcastle Santa campaign and were awarded a day at Winter Wonderland in Manchester.  We had a fantastic day out. Evana and her older sister Erica absolutely loved seeing the snow! 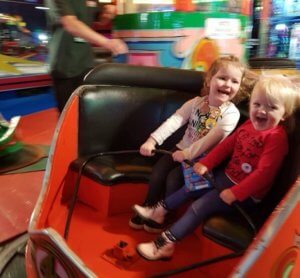 Evana loves animals and is at her most calm around them.  When she is anxious, sad or scared we can show her videos of animals to help calm her down.  Her absolute favourites are fish and tigers.  Even though her speech is delayed she knows lots of animal noises so I decided to apply to Sandcastle Trust for an annual pass for Chester Zoo.

In the last year since we’ve had the annual passes, we’ve had many fun days out as a family at the zoo and Evana also loves the train journey there! Evana’s favourites at the zoo are the bats (which she calls mats).  The last time we went to the bat cave, she amazed us all by asking a member of staff a question!

The days we spend together at the zoo are so important to us as a family. It gives Evana, her big sister Erica and baby brother Ellery the chance to be ‘normal’ siblings.   Evana needs a lot of extra attention to help her achieve simple tasks and to keep her safe and prevent injury.  This means her siblings can sometimes feel ignored and this results in jealousy.  Evana can also be violent towards her brother and sister and I worry a lot about the additional strain this puts on their relationship.

Evana’s interest in animals is one that she shares with her siblings and it has been lovely for them to have lots of fun shared experiences. The annual passes to Chester Zoo awarded to us by The Sandcastle Trust are as much for Erica and Ellery as they are for Evana which is very special –  Thank you to The Sandcastle Trust!” 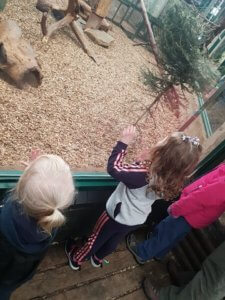