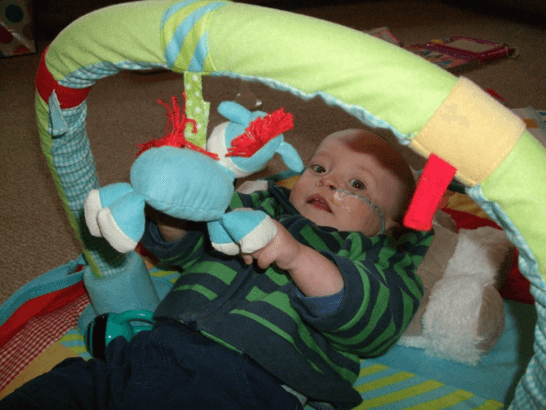 Oliver was born 7 weeks prematurely and had a difficult start in the NICU where he suffered a lung collapse and was on a ventilator for a while.  When he recovered and came home it was hoped there would be no lasting effects from his early problems.  However, it quickly became apparent that he was failing to thrive.  Feeding was very difficult as he seemed to be unable to suck effectively and he had very bad reflux, at 6 months he weighed just 7lbs.

He underwent many tests at the hospital and had a feeding tube inserted.  At 1 year old he only weighed 12lbs and was not sitting up or babbling at all and there were still no answers.  Oliver did eventually sit up and began taking a few steps at 20 months but there was still no sign of any speech. 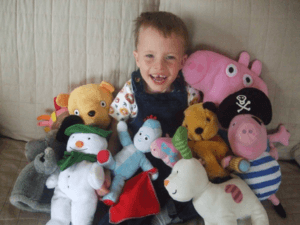 He underwent more tests and assessments and eventually at 2.5 years we were told he had a 6p25.3 duplication.  We saw the geneticist and were shocked to find out that there were no other recorded cases of this anywhere and therefore they could give us no information on the condition, he truly was unique.  The only thing they could do was put Oliver’s details on the decipher database of rare genetic disorders.  It was a disappointing and confusing time as having found the probable cause of his problems we were now no closer to having any idea what the future would hold for him.

Over the coming 2 years Oliver had input from many therapists, paediatricians, dieticians and his portage worker.  Feeding remained an ongoing issue as did speech as the muscles in his mouth and throat just did not seem to co-ordinate and function in the way they should. 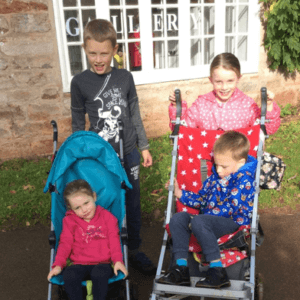 Now at nearly 5 years old he still cannot make sounds to form intelligible speech and has an electronic communication device as well as using makaton.  He has sensory processing issues, many autistic features, developmental delays and is still dependent for all personal care and in nappies.  His difficulties mean he has a lot of meltdowns and he can become very aggressive when he is upset.  This can be very upsetting for his siblings and the time taken up dealing with Oliver puts a huge strain on the family, although we love him dearly.  When he is happy he is very cheeky in his own little way and has a wicked sense of humour!

We were lucky enough to be awarded a grant from the Sandcastle Trust to see Santa this year which offered Oliver and his siblings some quality time for all to enjoy together which was really lovely. 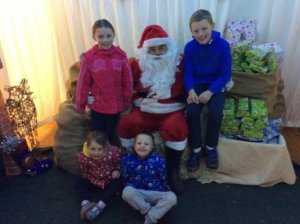